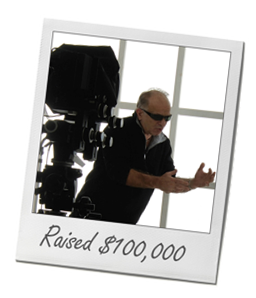 Curtis Green needed help finding investors for a movie he was looking to fund.  In the film business a production company is formed to create a legal entity that money flows into in order to create and market a film.
The initial budget called for over $1,000,000 in expenses, but Curtis wanted to raise a small amount, around $100,000, to get the initial stages of the production set in motion.  He would use the initial funding to entice additional investors into the deal.

After speaking with the Invstor.com Business Analyst group, it was clear Curtis was going to need a very specific search for equity investors.  Film financing is a niche industry, and those that finance the early concept stages of films are hard to find.
Curtis leveraged Invstor.com’s “Investor Match Service” where one of our Investor Analysts hand picks investors from our database to help identify the most likely candidates for funding.  Beyond this, the Analyst will provide any background information on the investor based on a previous working history and past introductions with that investor.

The matching process proved successful, and Curtis was able to secure the first $100,000 for his film.  He quickly learned, however, that there was much more demand for his film, which thereafter allowed him to raise an additional $1,000,000 in equity capital to total over $1.1 million raised for his project.

Starting a $1,000,000 raise by only approaching investors who can put up that much capital may not always be the best approach.
Often entrepreneurs will seek a smaller amount of funding, in this case $100,000, in order to generate interest from early investors quickly.  While it takes just as much time to raise small sums of money as it does large sums of money, the key difference is the amount of “Social Proof” you need to access larger sums of capital.
Investors with larger sums of capital will look to see if there are others who have put money into the company early in its formation.  This type of social proof reinforces their desire to invest because it shows that other investors have done the diligence to invest themselves.


What Curtis has to Say

“I would highly recommend The Invstor.com Network to other entrepreneurs”

Curtis is an Entertainment Entrepreneur from Los Angeles, CA who needed capital to help fund his movie production business. After contacting Invstor.com, we enrolled Curtis in the investor matching service. Through these connections, Curtis was able to raise $100,000 for his latest film.
Tags: Movie Funding, Movie Investors, Movie Investment, Finding Movie Investors.

Every great pitch involves 3 elements: the Problem, the Solution, and the Market Size. If you can communicate those three things in two sentences or less you are golden.

Our Founder, Wil Schroter, has started 8 companies. Three of them are venture funded by a dozen venture firms. In the past 17 years these companies have grown in sales to over $2 billion annually employing over 5,000 people across each of them. 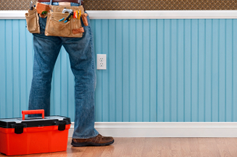 We helped Aaron Ward find the $20,000 in funding he needed to grow his real estate business. Learn how they did it. or Get Started!